Adopting a Child in Nebraska

A Nebraska couple who seeks to adopt a child born in Nebraska must have a home study done by a child placement agency, licensed in the state of Nebraska. The home study must be done prior to the placement of the child in the home of the adoptive couple. The child must reside with the adoptive couple for six months before the court can enter a decree of adoption. The decree of adoption will result in the creation of a new birth certificate for the child showing the adoptive parents to be the child’s parents. The child’s name on the new birth certificate will be the name given the child by the adoptive parents.

What is a private adoption?

When do we need a home study?

How to Get a Home Study

A Nebraska couple who needs a home study must have the home study completed by a child placement agency, licensed in the state of Nebraska. In certain cases, the Nebraska Department of Health and Human Services may conduct the home study.

Relinquishment and Consent of Birth Parents

The birth parents sign the documents relinquishing their parental rights and consenting to the adoption no sooner than forty-eight hours after the birth of the child. Pursuant to Nebraska law, a voluntary relinquishment and consent is irrevocable upon the signing. There is no waiting period, or gap of time, in which the birth parents have an opportunity to change their minds and reverse the relinquishment.

Adopting a Child Born In another State

Nebraska adoptive parents who identify a child to be born and/or residing in a state other than Nebraska will have their home study and request for adoption processed by a Nebraska state agency and a state agency in the state sending the child to reside in Nebraska prior to the placement of the child with the adoptive couple. Only after the approval of both state agencies will the Nebraska couple be able to remove the child from the sending state. The involvement of the state agencies in interstate adoptions insures that the child is placed with a suitable adoptive couple and that the rights of the birth parents are satisfied fully.

Adopting a Child Related To Me

There are occasions when grandparents seek to adopt their grandchildren or aunts or uncles seek to adopt their nieces or nephews. If the birth parents voluntarily placed the child with a relative without the assistance of an attorney, physician or agency and later the relative seeks to adopt the child, a pre-placement home study requirement is not required. However, the relatives seeking the adoption must have a post placement home study completed by a Nebraska licensed child placement agency prior to court hearing for adoption. In certain cases, the Nebraska Department of Health and Home Services may conduct the home study. 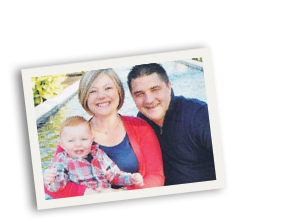