I Am Pregnant and Considering Adoption

We help you make the tough decisions you face with your pregnancy. Counseling and legal representation is available, at no cost to you. Your counselor or attorney can inform you of your options and how best to pursue them. Rest assured if your choice is adoption, couples, screened to assure they will provide a caring, loving and financially secure home for your child, are waiting to gratefully serve as adoptive parents.

Your discussions with a counselor or an attorney regarding adoption, by law, must be kept in strict confidence. Any communication you may have with prospective adoptive parents can be limited to first name only. Or, should birth parents desire to remain entirely anonymous; their identity can remain totally confidential as between the birth parents and the adoptive parents.

What is a private adoption?

What is an agency adoption?

Birth fathers adjudicated by a Nebraska court to be the biological father of a child who is the subject of an adoption must be given legal notice of the intended adoption. Following the notice, the father will be given notice of a hearing scheduled in the Nebraska court having jurisdiction over the custody of the child. At the hearing, the court will determine whether or not the father’s consent is required for the child to be adopted.

Birth fathers whose parental rights have been terminated in a judicial proceeding have none of these rights.

What is the adoption legal process?

Couples who want to adopt a child use conventional and innovative means to pursue their search for birth parents relinquish to them. An adoption agency is one conventional source for the birth mother and adoptive parents to find with one another. Private attorneys who practice adoption law may know of prospective adoptive couples who are seeking to adopt a child. Birth parents can ask their adoption attorney to help locate adoptive parents. Some adoptive parents place ads in the classified section of local newspapers, or college newspapers, with the hope that a birth mother’s response will lead to an adoptive placement..

Placing a Baby with a Couple Who Lives In another State

A child born in Nebraska may be placed for adoption with a couple who reside in another state. Out of state adoptions are governed by the Interstate Compact on the Placement of Children (ICPC). Out of state placement requires approval of agencies from each state, the state where the child is born or resides and the state where the child will be adopted, to insure that the child is placed with an appropriate family and to protect the rights of the natural parents of the child.

What expenses can be paid for me?

Nebraska, unlike most states, does not specify exactly what expenses an adoptive couple may pay on behalf of a birth mother. The courts in Nebraska, however, have ruled that adoptive parents can pay a birth mother only reasonable expenses related to the pregnancy. Examples include maternity clothes, and pregnancy related medical expenses, not covered by insurance or Medicaid. Such expenses must be incurred directly as a result of the pregnancy. No expense can be paid that in any way provides the mother luxuries or extravagances.

What is an open adoption?

Why hire an attorney?

There are certain legal steps, which must be followed in order to have a valid final adoption decree, which cannot be undone in a subsequent legal procedure. Birth parents and adoptive parents who put the best interests of the child at the forefront and who consider the sensibilities of the child, will want to carefully follow these legal steps to avoid the possibility of the adoption being reversed and the inevitable disruption in the child’s life. Adoption laws have become increasingly complex with the recognition of the rights of out of wedlock fathers. An attorney with knowledge of adoption law can lead birth parents, or adoptive parents, through the adoption process giving assurance the law is followed and the adoption is valid. 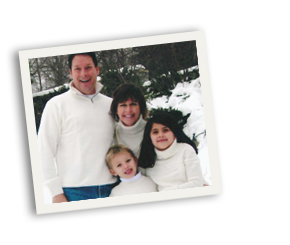 "With Evelyn’s help we knew we were on the proper path so we could relax and enjoy the journey of creating our family."